Hard Work, Determination, and Self-Reliance are the Key Ingredients in a Recipe for Success for Michael Thompson of PROSHRED 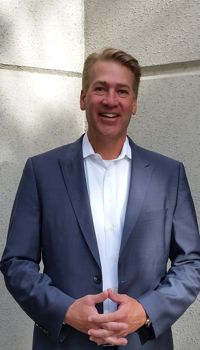 If it seems unlikely that Michael Thompson, an accomplished semiconductor executive with a global sales background, should reinvent himself as the president and CEO of PROSHRED, a secure document, hard drive, and media destruction firm, rest assured that it struck him that way at first as well.

After deciding to step away from his high tech sales career, he hired two friends - a business coach and an attorney - to research business opportunities for him. "One of the first things these guys brought to me was PROSHRED, and I looked at them across the table and I laughed," he recalls. "'You gotta be kidding me - I'm going to be a shredder?' And I slid the financials back over and said, 'Don't bring this to me again.'"

Fortunately, they saw fit to push that folder in front of him six months later, with the instruction that he focus on the fundamentals of the business rather than the service it would offer. With that in mind, Thompson realized that it was exactly the business he wanted to start.

"The things that I wanted were a Monday through Friday business; no retail; B2B and some B2C; and I could scale it as big as I wanted - as much as I put into it is as much as I get out of it," he says. "Now, we're just growing at incredibly exponential rates."

It is not the first time that Thompson has found himself driving opportunities for growth. Born in Detroit, he studied business communications at Western Michigan University and earned his degree in 1989. "When I graduated, I really still had no idea what I wanted to do - I knew that I was bound for sales in the business world, but had no particular focus on an industry," Thompson says. His approach was to send a resume and cover letter to every Fortune 500 company in Chicago, a city he liked. "I ended up with an interview with TDK and they liked me, made me a job offer, but told me I had to move to Indianapolis, which is what I did."

He was hired into the company's electronics division and put on the General Motors sales team. "TDK built a wide variety of electronic components that went into engine control modules, the radios, and other parts," he says. "There was a huge amount of content in the automobile for TDK to build."

His role at TDK also gave him his first glimpse of a situation that would challenge him throughout his high tech career. "Most of the salespeople on the staff all had engineering degrees. It was another challenge for me - it drove me to understand technology and electronics. I read a lot and I learned a lot, and whenever there was an opportunity for training, I took it."

TDK opened a new office in San Jose in 1990 and Thompson took the opportunity to move there, selling components to hard drive manufacturers. "I had to learn a whole new technology, I had to learn how to sell it to engineers at these companies where I had my accounts, and I did," he says. "In fact, I ended up with the number one account for TDK in the world. I rose pretty quickly. I just kept pushing and challenging myself and challenging the organization, getting attention, and it was apparent to me that they were buying into everything I was doing." Only when he felt as though he had climbed as high as he could in the organization, after five years of success, did he begin looking for other opportunities. That came at IBM Microelectronics, where he took a leap into "basically the highest technical product that exists, and that's semiconductors."

It was a move that very nearly eluded him. "I remember my interview with IBM very clearly," Thompson says. "I got to the North American VP - he was my final interview - and he looked across the table at me and said, 'You have no engineering degree - you have no chance.' It was a very short interview, he was very straightforward about that. It turns out that the Western Territory manager, a VP who liked me a lot and brought me in, fought for the opportunity to bring me aboard and he won. It was really an experiment, so I couldn't let him down."

He did not. His first assignment in semiconductors was standard components and did very well, ultimately winning responsibility for custom logic and ASICs as well. After about five years, he was promoted and transferred to Austin. "At the time, Dell and IBM had announced a $22 billion alliance agreement, and a senior executive at IBM brought me in to run the semiconductor portion of that contract, which was somewhere in the area of about $300 million, if I remember correctly. It was an awesome opportunity to grow my career - to get to the director level at IBM, which was a very big thing - and to have this level of responsibility."

Gaining new responsibilities was another constant for Thompson. "I really wanted to get to the executive level with a credible company. That was just my mission. It was what I was built for and what I wanted to accomplish."

When IBM sold off its memory division, he accepted an offer from Motorola Semiconductor, eventually overseeing Asian sales for the Network Computing Systems group, then the largest business unit in the company. Living with his wife and first child in Hong Kong - they moved abroad when she was six months pregnant - he was on hand when Motorola spun off that division into a new company, Freescale. He earned another promotion as well, to senior director of sales.

From there, he accepted a role in 2006 as VP of sales with NemeriX, a flawed startup backed by Palo Alto venture capital firm Oak Investment Partners. In a year, he was working with AMD to run global sales as a vice president for the company's mobile division.

"Suddenly I was in a new industry, selling semiconductors to pretty much all of the large manufacturers in the world: Motorola, Samsung, LG, Nokia, HTC - I had them all. My biggest accounts at the time were Samsung and LG, so I was going to Korea a lot, and I was living then in Toronto, Canada - literally halfway around the world."

The financial crisis of 2008 forced AMD to part with its consumer divisions, however, and Thompson was again on the move - this time, to Munich, Germany, where he was brought in as the senior VP of sales for Lantiq, a company which began life as the broadband communications division of Infineon.

"We had over half a billion in revenue, and I had about 145 or so salespeople in 22 different countries," Thompson says. "It was a big, big job, and I had to take this big team and structure it effectively in order to function and perform. Lantiq missed a couple technology windows, which I didn't know about until I came on, and revenue ended up starting to slide. All I could do was bolster what we had and try to sell it as hard as we could, but things did not go well from day one.

"It was a real eye-opening experience for me, but again - massive exposure, huge customers, big-time partnerships, it was right up my alley. It was really great - it's just too darn bad that things couldn't have been better from a productization perspective."

Still, it marked the apex of a mountain that Thompson had been climbing since he began his career. "I knew at that point I had done what I had set out to do," he says. "I was really getting tired of traveling, I had three little kids that I didn't really know, and so I just pushed the pause button and my wife and I said, 'Where do you want to live?' We'd lived in Asia, we'd lived in Europe, we'd lived in the U.S. We decided we wanted to be back in the Bay Area, with the idea that we would look into starting something."

That something turned out to be PROSHRED, which has turned out to be an even better opportunity than he expected. "In this business, I leaned on a lot of people that knew things better than me about running a business, relied on some good advice, and got lucky," he says. "If you think about it, the economy is on fire, fuel prices are at an all-time low, and security concerns are at an all-time high. It couldn't have been more of a perfect storm for a security-based business to do well. That's nothing in my control - that's just pure luck."

Still, the skills he honed in his high tech career are frequently put to use. "Whenever we have medium to large-scale opportunities, I've got a suit on and my laptop and a presentation and I'm going in to present our capabilities, which in some ways are technical to the people making the decision," he says. "Am I meeting with CEOs or CFOs anymore? No. Typically it's the director of facilities or IT, or in small business cases an office manager. But it's the same because I'm selling.

"Obviously this is lower tech, but believe it or not people want to talk about things like particle size. We're NAID AAA and ISO 9001 certified, which are very technical things that we have to keep up. For example, we recently won Santa Clara University, Texas Instruments, the U.S. Coast Guard, FedEx. We're winning large-scale opportunities but it requires me to get out there and make it happen." He also counts companies like Visa, IBM, Hewlett-Packard, and Amazon among his clients.

His biggest challenge now lies in growing his business. "We really think carefully through the next-level investments in order to grow, and that's typically buying equipment and investing in staff," he says. "We recently brought on a new salesperson and a new driver, and those are the things that really grow the business. As we continue, there will be more salespeople, more trucks, more drivers. With this, you've got to stay ahead of those decisions so you're optimizing growth but not risking the profitability of the business."

While the challenges may be different, he does not have any second thoughts about leaving behind the jet set lifestyle required in global business. "I don't have any regrets at all, other than I should have jumped into this when they first brought it to me. I wish I would have started six months earlier, but that's about it," he says. "I miss sometimes the big executive perks, sitting in first class, but at the end of the day that's not what's important. My office is five minutes from my house, my kids' schools are five minutes from my office, my wife works in the business; I get to see everybody and then at five o'clock, I get to turn the key in the door and go home. It's different but it's all good, really good."