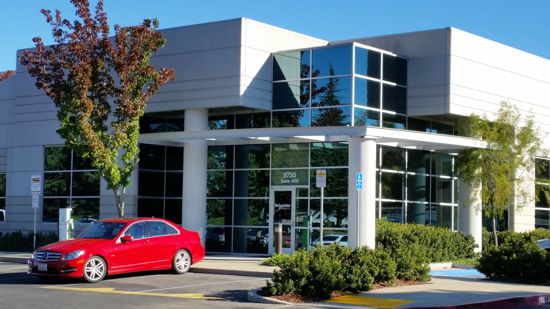 With around 25 percent growth in both revenue and head count since moving to Hacienda in July, 2013, Schneider Electric has seen a substantial increase in demand for its products in the last two-and-a-half years. Now, with the September opening of a new manufacturing facility in Livermore, the company is poised to expand even further in the region thanks to improved customer service for local customers while also supporting the production of their portfolio of modernization products, including direct replacement circuit breaker designs and custom designs.

"Typically, you'll find those circuit breakers in utility plants, hospitals, data centers, water treatment facilities, and airports - any large industrial manufacturing or public infrastructure type of facility," says Scott Day, director of sales for the company's Square D brand. Both low and medium voltage circuit breakers are used as components in a variety of devices. When old breakers fail, Day explains, "it is a much more economical solution to upgrade to the current standard circuit breakers but only replace the circuit breaker itself, not the complete piece of equipment."

Replacing the circuit breakers provides new capabilities, too, because modern breakers offer many capabilities that previous designs lacked. "The newer designs have all sorts of communication capabilities so that they can be monitored for their performance as well as the integrity of the breaker, so you can do a diagnostic (test) of the new design breaker," Day says. "The older designs are much like the ones in the load center in your house - there's very little you can do with it except see whether it's on or it's off."

Before the opening of Schneider Electric's Livermore facility, the circuit breakers used in these retrofit projects were manufactured at a facility in Cincinnati. "The Livermore facility will be quicker to answer customer needs and will also be much quicker for customers to get to for demonstrations, for tests, for final checkout, and those kinds of things," says Day. "Previously, a customer would have to go back to Cincinnati to get those activities completed and from now, if they're a West Coast customer they'll be able to come to Livermore which is a whole lot easier than traveling across the country. With the compressed timeframes that everyone operates under now, it helps us significantly because the customers now don't have any real trepidation about coming to the Bay Area. That's kind of a customary thing if you're a Western customer."

The company's Hacienda office houses two different divisions of Schneider Electric. "One is what we call the Square D branded equipment, and that's what you might see as the electrical side of Schneider Electric, the power equipment: circuit breakers, transformers, panel boards, substations, all the different types of equipment that you would see in an industrial facility," says Day. "We also have our building automation group, and that encompasses HVAC controls and security - security cameras, access controls. So if you're in a data center or a hospital and you need keycards or an iris scan or security cameras, they do that business."

Globally, the company's annual sales are currently around $35 billion, with 120,000 employees. "Those are big numbers but it gets back to being able to take care of customers on a local basis, and that's kind of the focus of the company," says Day. For additional information on Schneider Electric, access the company's web site at www.schneider-electric.us .