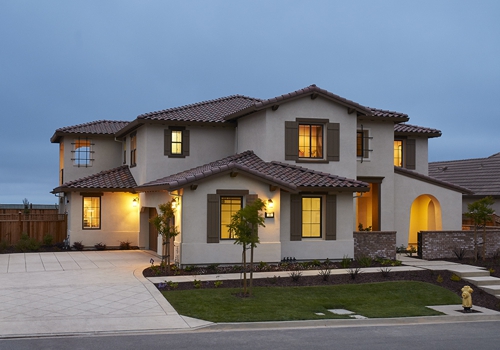 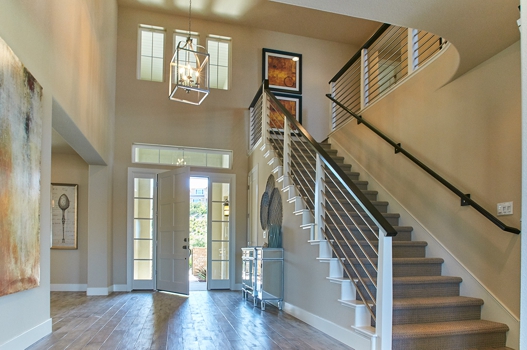 Replacing what had been a bowling alley with new housing, Hacienda's Signature Homes has broken ground on a new, 17 lot project in Moraga. Dubbed Via Moraga, the two-story homes feature gourmet kitchens, expansive great rooms for casual living, four bedrooms, and up to three baths, with a range from approximately 2,000 to 2,500 square feet. Sales are expected to commence in early 2016.

"We are excited to be in a town like Moraga that has not seen a lot of new home construction, and we think that's a place where our attention to detail and quality can truly be highlighted and appreciated," says Gary Galindo, president of Signature Homes.

In addition to Via Moraga, the company has properties in four other projects that are currently for sale and another which will open later this year.

The newest of these is Twin Creeks, a 55-lot development of single family homes in Gilroy that Galindo sees as an attractive alternative to the million-dollar condos of Silicon Valley. "These homes start under $800,000 and come with a nice yard," he says. "I think the American dream is still to get a house with a yard where you can hold a barbecue and give your kids a place to play." The project opened this month and offers homes ranging from 2,600 to 3,300 square feet, four or five bedrooms, and up to 3.5 baths.

Signature has projects aimed at first-time buyers, too. "Our Oakbriar project in Roseville is targeted at that first-time buyer and will actually allow them to get into a house for a reasonable price," says Galindo. "In the Roseville market, there are a lot of houses in the 2,500 to 3,500 square foot range, and we're coming in with a product that is 1,700 to 1,900 square feet, far below what existing stuff is selling for. We like to serve the full spectrum of buyers, from first-time buyers to those moving up all the way to the luxury buyer."

The Ridge, a development in the Hayward hills, certainly qualifies as the latter. Homes up to 4,000 square feet on quarter-acre lots are priced up to $1.5 million. "It's almost a semi-custom feel that you're getting up there," says Galindo.

Other Signature developments currently on the market include Woodhaven, four and five bedroom homes in Brentwood, and Savannah, a project of three and four bedroom homes in Mountain House. "Savannah is our best-selling product right now," says Galindo. "Mountain House is an excellent community. We joke here that schools are the new golf courses - everybody used to want to live on a golf course, now everybody wants to live next to the good school."

Despite the changing nature of the development business in the region, Galindo is optimistic on Signature's future. "People still want to live in the Bay Area. It's a great place to live."

For more information on Signature Homes, access the company's web site at sighomes.com .