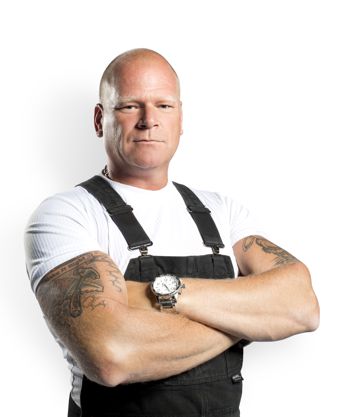 Simpson Strong-Tie, manufacturer of a variety of engineered structural connectors and fasteners, is partnering with Mike Holmes, professional contractor and host and creator of a variety of hit TV series, on his deck safety campaign this spring. The goal of the campaign is to provide homeowners with information and resources which they can use to help them make sure their decks are safe.

"We are excited to be partnering with Mike Holmes on this campaign," says Kristin Lincoln, senior vice president of Global Marketing for Simpson Strong-Tie, which has its headquarters in Hacienda on W. Las Positas Boulevard. "Mike's 'make it right' approach aligns well with our company value of helping our customers build safer, stronger homes and decks. By giving deck owners more resources about how they can make their decks safe, we hope to see fewer news stories about deck collapses."

It is estimated that millions of decks in the United States and Canada are beyond their useful life and may be unsafe. Experts recommend that homeowners should inspect their decks ever year to make sure all of the critical connections are strong and the materials used in making the deck are structurally sound. A key message of the campaign is that deck collapses are preventable. Using the proper structural connectors and screws as well as regular maintenance are key to a safe, strong deck.

Simpson Strong-Tie's deck safety campaign, which runs through the end of May, will be communicated primarily through social media and online at makeitright.ca/deck-safety. Weekly themes emphasize different aspects of deck safety, including the key connections on a deck, the importance of the connection from the deck to the home, and proper deck planning and design. The company also provides information about building a safe, strong deck at safestronghome.com/deck, as well as a contractor-targeted site at strongtie.com/deckcenter.

"Since 1999, there have been thousands of injuries and at least 20 deaths related to deck collapses," says Ricardo Arevalo, VP Engineering, Simpson Strong-Tie. "In the United States alone, there are about 40 million decks, and it's estimated about half of those need some type of repair or replacement. Improper construction or lack of maintenance is typically to blame. However, deck collapses are preventable, and we're encouraging homeowners to inspect their decks annually."

It appears that the company has chosen its promotional partner wisely. Holmes is well known for the honest, no-nonsense approach he has shown on a succession of TV series that he has created and hosted over the last 15 years, including Holmes on Homes, Holmes Inspection, and Holmes Makes it Right. A native of Ontario, Canada, his shows have aired internationally in Canada, Australia, New Zealand, the U.K., Germany, and South Africa, as well as the U.S. He is also a judge on All American Handyman, an HGTV reality competition show, and hosted Fox's Home Free last summer. A May, 2010 survey conducted by Reader's Digest named Holmes as the second most widely-trusted person in Canada behind scientist and environmentalist David Suzuki.

Additional information is available at strongtie.com as well as the company's social media accounts: @strongtie on Twitter, facebook.com/strongtie , YouTube and LinkedIn.