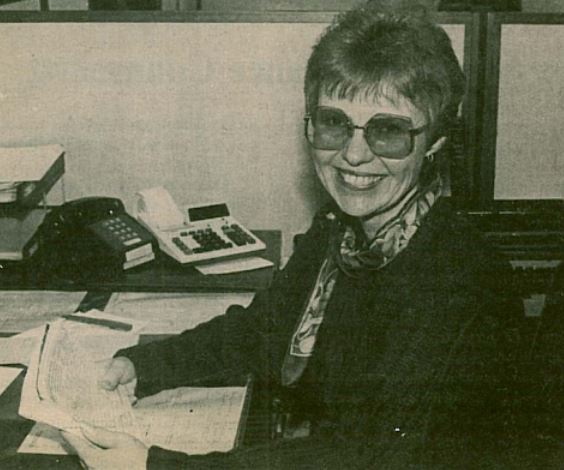 Last fall, Pleasanton resident Lynn Doyle decided to make a career change. She joined the staff of Crum & Forster Personal Insurance as the secretary to the Vice-President of Human Resources. She and some 25-30 other Tri-Valley residents are currently commuting to San Francisco until late February, when the company moves to its new facility on West Las Positas Boulevard in Hacienda Business Park.

Because of Crum & Forster's flextime work schedule policy., she has been able to adjust her schedule to allow her husband, Jim, who works in Oakland, to help her with the commute. Lynn begins her day at 4: 15 a.m., rides with Jim to the BART station in San Leandro and reports to work at Crum & Forster at 7:00.a.m. She leaves work at 3:30 p.m., and arrives back to the BART station in time for Jim to pick her up on his way home from work.

"I don't mind the commute for awhile, and the flex-time policy has really helped me create a workable schedule with my family. It's worth it to have such a great opportunity for a career that will eventually let me work a mile from home " says Lynn. Many other Crum & Forster employees car pool or take BART shuttle buses to .the San Leandro station. Crum & Forster encourages the use of public transportation and ride sharing as commute alternatives.

Lynn first heard about the jobs at Crum & Forster in the fall of last year, when the company advertised in local Pleasanton papers, including Pleasanton Pathways. She was working for an attorney at the time, and assumed that her lack of insurance background would affect her eligibility. When yet another employment ad ran for Crum & Forster a few weeks later, she decided to check it out and called the company. They did an initial screening over the phone, then invited me to San, Francisco for a personal interview.' Lynn explains. "After that there was another interview in Pleasanton, and a few days later I was called and offered the job. I was delighted."

Lynn and her husband are both native Californians and have lived in Pleasanton since 1970. Their children, Tawnya, 14, and Steve, 12, have attended Pleasanton public schools ever since first grade. "I'll never forget the day we first drove down Main' Street in Pleasanton, reminisces Lynn Doyle. "It was right after the fair, beautifully sunny, and we fell in love with it. The next week we came back and bought a house and we've been here ever since."

That was 13 years ago, but this is the first time that she has had the opportunity to work in her own town. Lynn is enthusiastic about the growth occurring in Pleasanton, and does not see it as adversely affecting "our small town flavor." "I'm especially excited about all the opportunities for local people. The jobs offered by Crum & Forster and other companies moving into Hacienda Business Park are not all entry level positions, so there will be many opportunities for all types of experience and education," she explains. "I'm convinced my job wouldn't have become available without the new development in North Pleasanton.''

To see a reproduction of the original article and edition of Pleasanton Pathways, visit:
January 31, 1984 Pathways