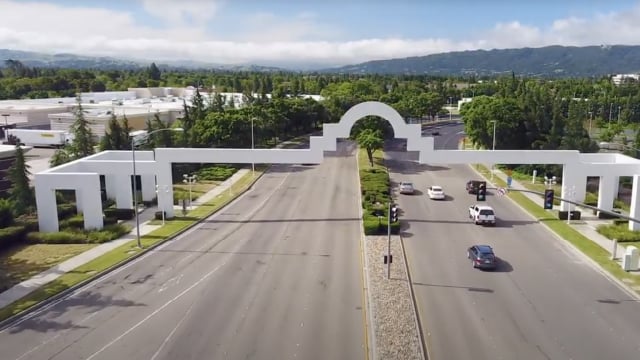 The Prudential Insurance Company of America, co-developer of Hacienda Business Park with Callahan-Pentz Properties, has filed an application for a Planned Unit Development of Phase II of the master planned business park, announced Roger Gage of Prudential.

As provided under the City of Pleasanton’s General Plan, Phase II consists of 260 gross acres, or 218 net acres, bounded by Hopyard Road, Interstate 580, Tassajara Creek and the northern boundary of Hacienda Business Park’s Phase I. It is planned to contain 4,430,318 square feet of office and commerical space to be developed over the next 20 years.

“Phase II is master planned to be compatible with Phase I and is an essential part of Hacienda Business Park’s overall plan,” said Gage. “Its development will complete a significant portion of North Pleasanton’s traffic circulation plan and will ultimately include the construction of a new freeway interchange at Hacienda Drive and I-580.”

We are looking forward to starting Phase II,” Callahan said. “The development of this segment of Hacienda Business Park will insure our ability to maintain the superb quality of our buildings over the next 20 years as it was laid out originally. Phase II provides the link necessary to complete traffic circulation and master utility extensions and will result in minimizing the project’s impact on surrounding city streets when all elements of the circulation plan are completed.”

A second Childcare Center is also proposed for Phase II as well as a possible light rail connection to East Bay cities not served by BART.

“Phase II is necessary for the fiscal health of the NPID, since Hacienda Business Park is 65% of that entity,” Callahan said. “It is imperative that the NPID be capable of funding improvements for the Stoneridge/I-680 interchange as well as the Santa Rita/I-580 interchange.”

He added that Phase II will open options to a highly desirable anchor type user, such as corporate headquarters for a Fortune 500 company. “We are committed to continue developing Hacienda Business Park as the highest quality development of this type in Northern California,” Roger Gage added. “Phase II is the natural continuation of what we started.”

Hacienda Business Park is a 708 net acre master-planned business community in Pleasanton, proposed to be developed in two phases.

“Originally, the park was planned to contain 12,500,000 square feet of office space,” said Gage, “but after careful consideration, the co-developers in concert with the Pleasanton City Council elected to reduce the total building area planned for the project thereby reducing its impact on the community.

The 708 net acre site on which Hacienda Business Park is located has been zoned for commercial use for 25 years. Five years ago, The Prudential Insurance Company of America and Callahan-Pentz Properties purchased the properties that comprise the project and created a master plan to develop a business park that is sensitive to the needs of the community and uses the most innovative, state-of-the-art elements of development. Phase I and II are currently planned for a total of 11,755,000 square feet of space based on the application for Phase II.

Until this time, most of the property was in the flood plain and under water during the rainy season. Streets in the adjacent residential development were also often flooded during particularly wet winters.

After lengthy negotiations with the Pleasanton Planning Commission, City Staff and members of the Pleasanton City Council, the co-developers reached an agreement by which Hacienda Business Park received Planned Unit Development approval in July of 1982. The City PUD Ordinance for Phase I of the project included 110 conditions of development to be regularly monitored by the City Staff.

To insure the development of off-site improvements necessary to accommodate commercial growth, the City of Pleasanton has proposed the formation of a North Pleasanton Improvement District in 1981. The NPID is designed to shoulder the financial burden of public improvements such as additional arterial roadways, the widening of the existing roads and extension of emergency water services that benefit residents as well as businesses without any cost to the residents. To date the co-developers of Hacienda Business Park have advanced funds to the NPID in excess of $40 million and made off-site improvements that include widening of Hopyard Road to six lanes, improvements to Stoneridge Drive from I-680 to Hopyard, a computer controlled city-wide traffic signal program, and the widening of Santa Rita Road to six lanes.

On-site improvements include flood control mitigation that, in addition to removing Hacienda Business Park from the flood plain also removed 1,110 homes out of the flood plain.

The Park’s strict CC&R’s are enforced by the Hacienda Business Park Owner’s Association and regularly monitored by the City Staff.

Even though Planned Unit Development of Hacienda Business Park has been approved by the Pleasanton City Council, each of its meticulously designed buildings must also be approved on an individual basis by the Planning Commission and the City Council. In addition to scrutiny on height, aesthetic value and the right proportion of landscaped areas to parking spaces, the buildings are subject to traffic impact studies.

In the event any building analyzed pushes the level of service conditions at appropriate intersections pas level service D, the City of Pleasanton will cease granting building permits until the traffic impacts are further mitigate. Only after all conditions of approval are satisfactorily met by each proposed building, can ground be broken and building construction started.

In addition to such carefully approved office, commercial and light industrial buildings, Phase I of HBP offers amenities such as an in-park shuttle service to downtown Pleasanton and Stoneridge Mall, peak hour express bus service to the Bayfair Bart Station, a recently installed Parcourse and a proposed $2.5 million Childcare Center to be built by the developers. An executive Heliport is also being planned.

Groundbreaking for the proposed I-580/Hopyard Road interchange improvement is only a few weeks away. In order not to delay construction on this important expansion, the Prudential Insurance Company of America is advancing the funds necessary to start work. Eventually the North Pleasanton Improvement District will refund the loaned sum of six million dollars .

“We particularly appreciate the acceptance to Hacienda Business Park on the part of Pleasanton’s citizens. We are sensitive to the impact our development has on Pleasanton and the surrounding area and we are always ready to respond to community needs,” Gage said. “We are very, very happy that the citizens of Pleasanton approve our style of development. We have a total commitment to this community.”

To see a reproduction of the original article and edition of Pleasanton Pathways, visit:
May 13, 1985 Pathways