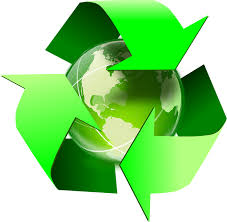 By now everyone knows the empty can of soda and the old newspaper goes into the recycle bin because recycling is good for the environment. What is less well known, however, is what to do with leftover food, food scraps, and other organic material.

It has taken almost 20 years for recycling to become commonplace. The next step in the evolution of recycling and helping the environment is dealing with food waste. A large portion of the food that is grown, purchased and consumed is ultimately lost and has become a major cause of pollution and greenhouse gasses stemming from methane created when organic material is buried in a landfill: 72 times worse for the atmosphere than carbon dioxide.

Recycling is the top action that can simultaneously improve the environment, the economy and prevent waste from going into oceans and air. But even the most concerned California consumers throw away nearly six million tons of food scraps, food waste or organic material annually that ultimately ends up in a landfill, according to California Department of Resources Recycling and Recovery (CalRecycle).

Nationally, we throw out 66 billion pounds of food each year. In order for California to reach its goal of 75 percent source reduction set by Governor Brown, recycling and composting, food waste must be addressed.

The issue of dealing with food waste has emerged as a major environmental and economic concern the past decade because there is no opportunity for re-use and few programs to handle the material. Furthermore, food waste has become the biggest category of material currently in landfills, making up 18 percent in California landfills, according to state records.

The statistics on food waste are staggering, almost half of the food in the U.S. goes to waste, approximately 3,000 pounds per second, and food scraps make up almost 12 percent of municipal solid waste generated in the U.S.

Discarded food is the biggest single component of landfill and incinerators, according to the Environmental Protection Agency. As more food is dumped in landfills, methane rises, and experts readily acknowledge that they are only beginning to come to grips with the scale of the problem.

Locally, Alameda County has established an aggressive waste reduction goal whose achievement will require the cooperation of residential and business sectors. This includes new mandatory rules for the processing of recyclables including food waste.

"Food waste is really a big problem," said Heather Jones, spokesperson for CalRecycle. "As we get these mandatory recycling programs in place, they can make a big difference as to how much food waste goes to landfills."

Phase 1 of the Mandatory Recycling Ordinance began March 1, 2013, for businesses and institutions with four or more cubic yards of garbage service, and for multi-family properties with five or more units.

In Pleasanton, Phase 2 of the Mandatory Recycling Ordinance began on January 1, 2017.

Under Phase 2 of the Mandatory Recycling Ordinance, all businesses and institutions, regardless of garbage service volume, must separately collect food scraps and compostable paper from garbage. This will require businesses to ensure recyclables are properly separated.

In addition, the second phase of the county ordinance requires Multi-Family dwellings and multi-family property owners to provide containers and service of sufficient number, size, and frequency for organics, food scraps, and compostable paper to be adequately collected.

The purpose of the ordinance is to reduce the amount of easily recyclable and compostable materials that are deposited in landfills from businesses, institutions and multi-family properties. There is an important economic consideration as well as without the ordinance, garbage would be more costly to process.

For its part, beyond being responsive to the Alameda County requirements, Pleasanton takes recycling as a point of community pride and sees the new composting program and addressing food waste as a key to building a healthier community.

The City of Pleasanton gave commercial businesses a 25 percent discount on their compost garbage rates before the mandatory implementation of the recycling program began in January.

The City of Pleasanton offered the discount as an incentive for the organic waste recycling to get business involved early although there is a six-month grace period before fines will be imposed for non-compliance.

"Enforcement for this law will begin on July 1, 2017, so businesses still have time to prepare for a change in service if necessary," said Sean Welch, Interim Assistant to the City Manager.

For residential food waste recycling, the biggest barrier for many is simply taking the time to sort out food waste. However, there is help as, the local garbage company, Pleasanton Garbage, will turn your food scraps into productive compost.

Pleasanton Garbage provides every resident with a counter top kitchen pail for food waste which then can be emptied into the large yard waste container. Food scraps and food-soiled paper products are easily separated from garbage, and when combined with yard waste, food scraps can be processed into rich compost material for gardening, landscaping and farming.

Source separation and recycling of food waste are large contributors to solving the problem of handling this waste stream. As can be seen by Pleasanton Garbage's program, doing so facilitates the creation of compost and turns what would otherwise be waste into a useful product. Additional innovations are starting to arise as well. Currently, there are several methods being researched and tested for an effective way to dispose of food waste, such as food waste dehydrators and liquefiers.

According to CalRecycle, commercial vendors are promoting food waste liquefiers, also referred to as "biodigesters" or "wet" systems, to California businesses and institutions that generate large amounts of food waste, such as restaurants, hotels, grocery stores, universities, and prisons.

Hacienda and its employers are rising to meet this challenge as well. Several of Hacienda's projects have found innovative ways to compost green waste from landscaping, and all are preparing to work with the city and county on meeting the requirements of the new mandatory county requirements.

"Our number of participants grows every day and participation by Hacienda businesses also continues to grow. Now we have more than a dozen businesses who are participating in the organics program. We expect to see that number increase as the July deadline draws closer," said Debbie Jeffery.

One of Hacienda's largest employers, Oracle, has been a leader on commercial food waste recycling and even went as far as to develop a model program through a partnership with Pleasanton Garbage. These and other initiatives are emblematic of the response to the issues of our day that have kept Hacienda and Pleasanton at the forefront of sustainability.