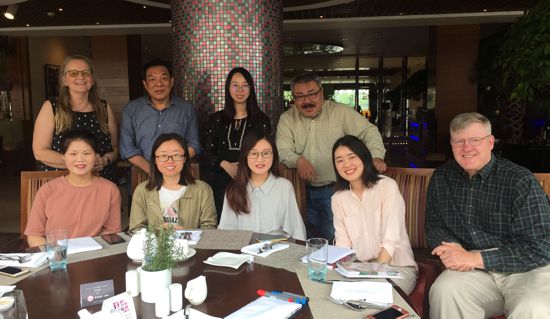 Ships handle about 90% of global trade or nearly 11 billion tons of goods every year, according to GreenBiz. The logistics of global supply chains are complex and can be costly both to the environment and the companies responsible for moving goods by shipping container. SynchroNet Marine was founded in 1996 to reduce both waste and expense in the shipping industry.

"We solve supply-and-demand problems on a daily basis," says Chief Marketing Officer Barbara Marsh-Wetherell. "When a shipping line has too many containers at a certain port, SynchroNet finds companies with users to fill those containers with cargo and move them to a location desired by both parties."

SynchroNet is supported by the company's sophisticated and scalable database technology platform developed with and around the maritime container industry during the last 20 years. SynchroNet converts data into high-value services having developed and commercialized the industry's only real-time software platform to optimize the movement, tracking, and invoicing of maritime ISO (International Organization for Standardization) containers globally, nationally, and regionally.

"Shipping air is a multi-billion dollar cost to the shipping lines, the big container ships you see in a port like Oakland's," says Marsh-Wetherell. "As consumers, we ultimately pay for this shipment of air. SynchroNet is in the business of reducing the expense of shipping air as well as reducing the emissions associated with that shipment. The value of SynchroNet is not only making our customers efficient and effective in their daily business operations, but also reducing emissions for all people."

The company is a neutral third-party service provider that has developed state-of-the-art software and web-based technology to initiate, create, track and trace, and invoice interchanged containers between users and suppliers. Real-time optimization allows the company to proactively inform customers about opportunities to supply equipment or have equipment provided.

"SynchroNet is focused on increasing efficiency for our customers, while reducing emissions for the world," says Marsh-Wetherell. "We have been focused on this since our founding in 1996, long before it was in vogue. We have been aware and sensitive to the environment, and believe we do our part by moving fewer empty containers around the world."