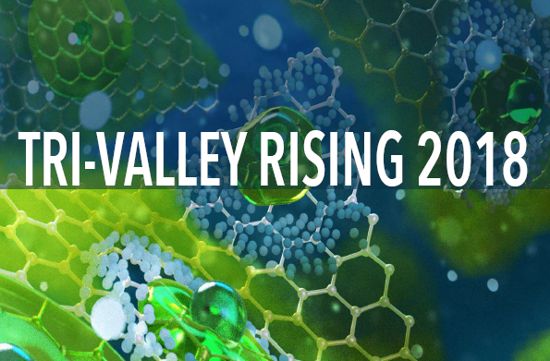 The first Tri-Valley Rising report was intended to explore the region's assets, analyze its economic success, identify challenges to future growth, and provide policy recommendations to ensure continued economic health. In July 2018 the Institute, with the help of the Innovation Tri-Valley Leadership Group, published an update to the first report called Tri-Valley Rising 2018.

While many local business leaders are aware of the Tri-Valley's economic success, some may be surprised to discover just how outsized the region's economy is when compared to other business regions that also focus on technology.

As the new report details, "the Tri-Valley is a nationally significant innovation economy," according to Micah Weinberg, president of the Bay Area Council Economic Institute. "It's about the size of the Research Triangle in North Carolina, and it has about the same concentration of tech companies as the Triangle."

According to Tri-Valley Rising 2018, the Tri-Valley "punches far above its weight in terms of economic power" with an annual output of $42 billion with a population of only 361,000. Remarkably, that output is similar to that of the North Carolina tech triangle, which has a population of more than 2 million.

The report identifies six factors as key factors that drive the area's economic success. First, the Tri-Valley has a highly educated population that is significantly more educated than the San Francisco Bay Area and California as a whole. Fully 62% of Tri-Valley adults have a bachelor's degree or higher, a strong talent pool that is attractive to employers. Only 12% of California adults have a graduate or professional degree, compared to 19% for the Bay Area as a whole. Meanwhile, 26% of Tri-Valley adults have attained a graduate or professional degree.

Second, the Tri-Valley is geographically blessed by its location in the heart of the Northern California Megaregion, which the report calls "one of the most economically productive regions in the world." The Tri-Valley's placement near San Francisco, Silicon Valley, Sacramento, and the Central Valley allows it to attract workers outside of the immediate region as well as new and growing companies.

Fifth, the region's famous high quality of life continues to attract business leaders. That qualify of life is well known to local residents and is based on a variety of components. These include high-ranking public schools, natural beauty, attractive downtowns, and the tight-knit, community atmosphere of the region's cities.

Sixth, the Tri-Valley has developed an ecosystem of innovation partly as a result of the Lawrence Livermore National Laboratory and the Sandia National Laboratory. As the report points out, the two national laboratories have led the region in innovation for more than 50 years. More recently, the creation of the i-GATE business incubator and other resources for entrepreneurs have helped lead to more than $4 billion in Tri-Valley venture capital and private equity investment over the past 10 years. Today an estimated 450 technology companies call the Tri-Valley region home.

Like the larger Bay Area, the Tri-Valley suffers from interlocked housing and transportation issues that could threaten the region's economic success if ignored, according to Tri-Valley Rising 2018.

"Housing development is needed to stem the rise in cost of living," according to the report. "If housing prices continue to rise, Tri-Valley businesses may have a hard time attracting workers." Thus far the region has done a better job than Silicon Valley and San Francisco in creating a jobs-to-housing balance, but more housing is still needed. The report highlights transit-oriented development as one key to achieving a healthy jobs-to-housing balance.

"Transportation is a key bottleneck for the Tri-Valley's growth," according to the report. As Bay Area workers move to less-expensive areas and commute to their workplaces, longer commute times and more commuters contribute to a transportation bottleneck.

According to the report, since 2013 drivers have seen a significant increase in the average daily vehicle hours of delay on I-580 and I-680. Moreover, both BART and ACE have come under increasing strain as transit ridership has increased.

"Investment in transportation will be key in maintaining the Tri-Valley's status as a desirable place to live and work," notes Tri-Valley Rising 2018. "Important steps will include creating greater mega-regional transit connectivity in the form of a rail link between ACE (Altamont Corridor Express) and BART, as well as strengthening the core of the transit system."

The many assets of the Tri-Valley region are undeniable, and its status as an economic powerhouse is well documented in the report. So, too, are some of the challenges that the region would be wise to address. Toward that end, Tri-Valley Rising 2018 recommends that the Innovation Tri-Valley Leadership Group work with the region's five cities, two counties, and other regional stakeholders to create a "Vision Plan" to ensure the sustainability of the region's economy.

"Such a plan can create a roadmap for setting the Tri-Valley on a path toward an even brighter future," the report notes.

Tri-Valley Rising 2018 report sponsors include the Cities of Dublin, Livermore, Pleasanton, San Ramon; the Town of Danville; and the East Bay Community Foundation.

For more information about the Bay Area Council Economic Institute or to get a copy of Tri-Valley Rising 2018, please visit http://www.bayareaeconomy.org .