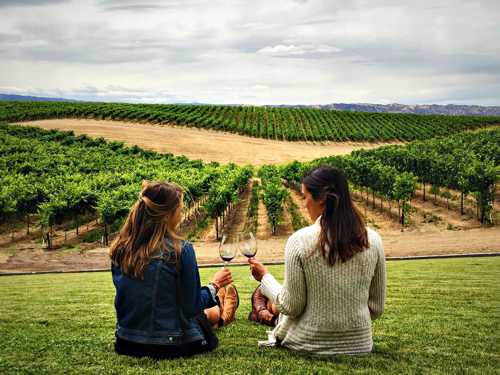 Note to our Readers: This story was too big to fit into one feature! Please enjoy this first installment which will take you on a historic journey from the Livermore Valley's winemaking origins to the time just before prohibition. Next month we will present the second chapter to take us from prohibition forward to today.

Livermore Valley viticulture has contributed deeply to the popularity of California wine, the financial benefits of area tourism, and the quality of life so many locals enjoy. With more than 50 unique wineries established in the area, the Tri-Valley wine region is special, historic, and well worth celebrating.

Given the importance of the industry to the area, it may be difficult to imagine just how challenging it was for pioneering vintners to turn the Tri-Valley region into the lovely and lucrative wine-making industry that it is today. The modern success it enjoys should not be taken for granted, however. A great deal of hard work, struggles, failures, bad luck, and new starts can be found in the history of Tri-Valley viticulture.

Winemaking in California began nearly 250 years ago when Father Junipero Serra, a Franciscan missionary, brought settlers from Mexico into San Diego in 1769. He established the first known vineyard in California at his mission in San Diego. The vineyard was necessary as wine was needed for both sacramental purposes as well as daily meals. Serra and others brought grapes to each of the 21 missions they built along the length of California, between San Diego and Sonoma.

The first vineyard near the Tri-Valley was planted in 1797 with the founding of La Mision del Gloriosisimo Patriarca Senor San Jose. Mission San Jose, as it came to be known, was located in an area that eventually became the modern day city of Fremont. A foreign visitor who had been disappointed by a visit to San Francisco de Asis (Mission Dolores) was deeply impressed by the bounty he found at Mission San Jose about 1806.

"The fruit-trees are still young, but their produce is as good as could be expected," the visitor wrote, according to the California Missions Foundation. "A rivulet runs through the garden. Which preserves a constant moisture. Some vineyards have been planted within a few years, which yield excellent wine, sweet, and resembling Malaga."

Excellent wine was not yet being produced in the Livermore Valley but it would arrive before the end of the century. Robert Livermore is credited with planting the first commercial wine grapes in Livermore Valley in 1846, but it took some time for local vineyards to take root and flourish.

In 1882, Charles Wetmore, who was Secretary of the California Viticultural Commission, established Cresta Blanca Vineyards on 420 acres of land just four miles south of Livermore. The following year, Carl H. Wente and James Concannon founded what would become the two most famous wineries in the Livermore Valley. The industry we know today was about to grow dramatically, as well as face major challenges.

One sign of success came in December 1889, when Concannon won a contract to furnish 1 million grape cuttings to the government of Mexico. Another sign came in December 1890, when Wetmore's Livermore Valley dry white wine shocked Europeans by winning the Grand Prix at the International Paris Exposition. Moreover, Wetmore's wine was not the only California wine to win a prize at the exposition.

By 1890, the California wine industry was producing more than 10.9 million cases of wine per year, according to the Wine Institute of California. The shocking wins at the International Paris Exposition made California wine famous and stoked demand worldwide.

The vine pest phylloxera was introduced to Europe in the 1840s and had devastated European vineyards by the 1870s. Breeders used American Vitis species to create rootstocks that resisted phylloxera, offered good horticultural characters (such as rooting and grafting ability), and were well adapted to European soils and climates. California viticulture helped rescue European vineyards. But soon California had the same problem. Phylloxera was discovered in California in the 1860s. By the turn of the century, California vineyards were ravaged by the pest. Luckily, viticulturists here were able to fight the pest with European rootstocks based on the Vitis crosses created earlier.

Wetmore is known as the Father of the California Wine Industry, although he started his journey as a vintner by writing about wine rather than being a producer. As a newspaper reporter for the Alta California, Wetmore was asked to write on the then-declining California wine industry. "Charles determined that the winemaker's desire for quantity over quality as well as the rampage of the phylloxera disease were the primary causes of the depressed California wine economy," according to a local wine blogger.

Wetmore traveled to France to study its viticulture and shared his new knowledge in a series of letters published by the Alta California. He promoted California wines in a variety of ways, disseminated information about phylloxera, and started the vineyard that produced the wine that surprisingly won the Grand Prix award at the International Paris Exposition in 1890. But knowledge and determination do not guarantee success. A mere two years later, Wetmore was unable to meet his financial obligations, according to A History of the San Francisco Viticultural District by Ernest P. Peninou, who writes that Wetmore lost both his interest in the company and his personal vineyard holdings.

As Wetmore learned, business can be bruising, and phylloxera was not the only problem facing Livermore Valley vintners at the turn of the century. A "Merchant and Viticulturist" pointed out one looming industry threat in a letter written to the Livermore Herald in 1890:

HOW DO YOU LIKE IT? Wine and liquor men of California how do you like this showing? PROHIBITION. Riverside. Pasadena. HIGH LICENSE. Oakland. Petaluma. Watsonville. Livermore. Los Gatos. San Buenaventura. Elsinore. Merced. THE FIGHT BREWING. San Jose. Santa Clara. Santa Cruz. San Francisco. And what are you going to do about it?

That was a good question. It took nearly 20 years for Livermore vintners to answer it by officially taking a stand against the growing temperance movement that demanded an end to sales of alcohol. "Livermore Vineyardists Will Make Counter Campaign Against Prohibitionists" ran the headline over an article that ran in the San Francisco Call newspaper on July 18, 1908.

The wine growers of Livermore Valley had organized a "protective association" that was the nucleus of a statewide movement, the paper reported. "The growth of the prohibition fight is said to have caused alarm among the winemakers. They are organizing to make a counter campaign if the situation demands it."

The fight for survival did not happen immediately. But by 1919, everything that Charles Wetmore, Carl H. Wente, James Concannon, and other pioneering Livermore Valley vintners had struggled to build was in danger of being lost forever.