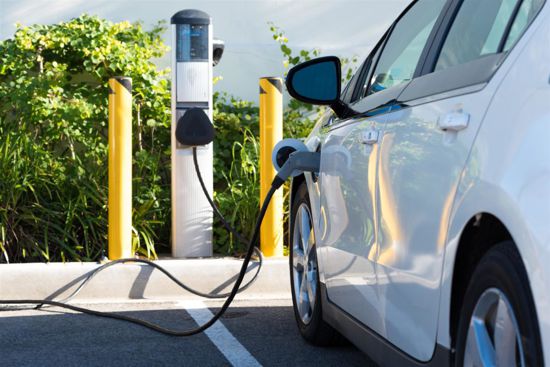 With an eye toward the future health of residents, in 2012 Governor Edmund G. Brown Jr. issued an executive order that directed state government to help accelerate the market for zero-emission vehicles (ZEVs) in California. Brown's ambitious goal was 1.5 million ZEVs on California roads by 2025.

By October 2017, nearly 340,000 ZEVs had been sold in California and market growth was accelerating, according to The Road Ahead for Zero-Emission Vehicles in California: Market Trends & Policy Analysis. This report, produced by independent nonpartisan organization NEXT 10, notes that ZEV sales increased 29.1% in California between October 2016 and October 2017, with ZEVs reaching 4.5% market share.

In January 2018 California Governor Brown signed another executive order to further boost the supply of ZEVs and charging and refueling stations in California. The Governor also detailed a new plan for investing $1.25 billion in cap-and-trade auction proceeds to reduce carbon pollution and improve public health and the environment.

"This executive order aims to curb carbon pollution from cars and trucks and boost the number of zero-emission vehicles driven in California," said Governor Brown at the time.

The electric vehicle is the most common type of ZEV. The cost of its most expensive component, the battery, has been dropping quickly, making today's electric vehicles more affordable and appealing. In December 2017, the Union of Concerned Scientists analyzed the cost of refueling electric and gasoline vehicles in each of the 50 largest cities in the United States. According to the study, electric vehicle owners would see a median savings of more than $770 per year on fuel costs nationwide.

Those are not the only savings owners can expect, according to NEXT 10. ZEVs have substantially fewer moving parts, about 20 in contrast to the 2,000 used by conventional internal-combustion engines. As a result, maintaining a ZEV is both less expensive and less time-consuming.

California residents have been much faster to adopt electric vehicles than drivers elsewhere in the United States and in most other places around the world, according to the International Council on Clean Transportation (ICCT).

The increasing popularity of ZEVs, including electric vehicles, may partly be a result of California's long history of pioneering new lifestyles and, in the San Francisco Bay Area, its concentration of technology companies and technology-savvy residents. Another factor is the availability of rebates to California residents who purchase or lease a new plug-in hybrid electric vehicle, a battery electric vehicle, or fuel cell electric vehicle. There are other reasons as well, according to the ICCT.

Pleasanton residents in particular are increasingly choosing to buy ZEVs rather than traditional vehicles. Pleasanton ranks at number 11 on the ICCT list of the top 30 cities in California for 2017 new electric vehicle sales. Pleasanton's total sales for 2017 put it ahead of several larger cities, including Santa Clara, Cupertino, and Menlo Park. In 2017, sales of new electric vehicles in Pleasanton were an estimated 1,500 to 1,700 vehicles, 29% more than sales in 2016.

From its founding, Hacienda has long supported green business efforts and environmentally friendly commute options for business tenants and residents. Support for ZEVs is no exception. In 2013, for example, Hacienda partnered with City Car Share and Toyota to create the Tri-Valley's first car-sharing program. The three-year pilot project was based on electric vehicles donated by Toyota.

Today Hacienda is very much a part of the "extensive electric vehicle charging infrastructure" cited by the ICCT. Hacienda recently conducted a survey that counted 96 electric vehicle charging stalls at 21 different projects on the property. That number is expected to grow as more companies and individuals respond to the dropping prices of ZEVs and incentive programs for buying ZEVs as well as installing charging stalls.

The California Vehicle Rebate Program offers a rebate of up to $7,000 to residents who meet certain income limits and buy a new, qualifying vehicle. The State of California also has a Low Carbon Fuel Standard program designed to encourage the adoption of electricity and other cleaner fuels. As part of that program, Pacific, Gas & Electric offers a one-time Clean Fuel Rebate of $500 to PG&E residential customers who have bought or leased a plug-in electric vehicle.

Point-of-sale discounts are also available to California businesses that buy eligible zero-emission and hybrid trucks and buses or vehicles with engines that meet the optional low-NOx engine standard in California. These discounts are available through the Hybrid and Zero-Emission Truck and Bus Voucher Incentive Project and Low NOx Engine Incentives created by the California Air Resources Board and CALSTART to accelerate the purchase of cleaner, more efficient trucks and buses in California.

"On the global stage, California is more comparable to the leading countries internationally-in terms of ZEV sales as percentage of total sales-than it is to the U.S. itself," according to NEXT 10. Given the strong state and local support for this shift, California and the Bay Area will likely continue to lead in ZEV sales for some time to come.

For more information about the PG&E rebate, please visit https://www.pge.com/en_US/residential/solar-and-vehicles/options/clean-vehicles/electric/clean-fuel-rebate-for-electric-vehicles.page .