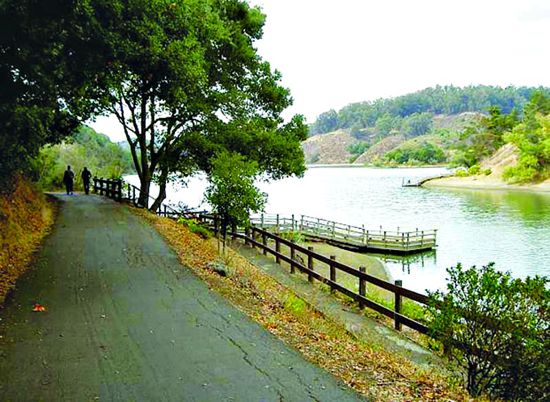 The 73 regional parks within the East Bay Regional Park District are spread across 122,000 square miles of open space, making it the largest park district in the nation. For 85 years, the EBRPD has preserved and protected open space in Alameda and Contra Costa counties and provided public access to regional parks, shorelines, and trails. To celebrate this milestone, the Park District has planned many special events and programs, including free park Fridays, free concerts, and an arts and music festival.

Free park Fridays means that park entrance and fees for day use parking, swimming, dogs, horse trailers, boat launching, and fishing permits will all be waived until December 2019. The Park District is also offering free Friday entrance to Fremont's Ardenwood Historic Farm on non-event days. Events include free concerts on June 22 at Lake Chabot, July 12 at Crab Cover, August 9 at Crab Cove, August 23 at Contra Loma, and September 13 at Crab Cove. On September 28, the District is sponsoring a special "FAM Fest!", a Fall Arts and Music Festival at the Bridge Yard Building. The newly renovated and historic Bridge Yard building is at the eastern touchdown of the Bay Bridge at the Park District's new Judge John Sutter Regional Shoreline park.

A little-known but vital department of EBRPD at a Hacienda facility does important work on behalf of park visitors. The Creative Design Group, as it is known, moved into Hacienda in 2012. The Creative Design Group is responsible for producing signage, publications, exhibits, and other objects used to educate visitors about local nature and other important aspects of regional parks.

The Nature Pavilion at the Shadow Cliffs Regional Recreation Area, for example, is a planned 1,000-square-foot interactive educational hub that will include exhibits highlighting the natural and cultural history of the park. Many parts of the exhibits, interactive tools, and signage will be created by the expert craftspeople working at the Hacienda facility. The Nature Pavilion will be completed later this year. In the meantime, those who participate in special anniversary events as well as those who visit area parks to swim, fish, or hike will enjoy the work done by the Creative Design Group via park signage, display maps, and exhibits throughout the park district.

The Regional Parks Foundation, which supports the EBRPD's parks and programs, is also observing an important anniversary this year. To mark its 50th anniversary, the foundation is holding a special gala fundraiser on October 10, 2019 at Casa Real at Ruby Hill Winery in Pleasanton. The foundation, which was created in 1969, invites attendees to wear their best 60's apparel or cocktail attire as they enjoy fine dining, an awards ceremony for park champions, and a concert with Grammy-Award-winning musician Michael McDonald.

To provide public input to help inform the EBRPD's future priorities and interests by answering a survey, please visit www.eastbayparksurvey.com.