The History Behind the Hacienda Index 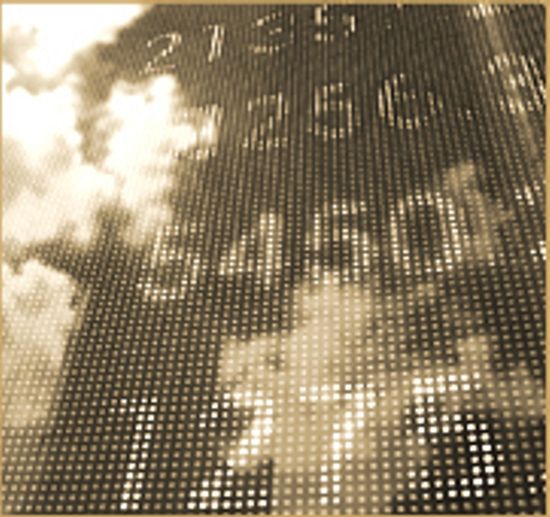 The Amsterdam Stock Exchange, which was established in 1602, is generally considered the first modern securities market. “All evidence points to the Mediterranean as the cradle of the stock market,” according to scholar Fernand Braudel in his two-volume work The Wheels of Commerce: Civilization & Capitalism 15th-18th Century. “But what was new in Amsterdam was the volume, the fluidity of the market and publicity it received, and the speculative freedom of transactions."

The popularity of the “speculative freedom of transactions” had driven the development of 60 major stock exchanges and countless smaller ones by 2016. According to The Money Project, which uses visualizations to explore ideas around the concept of money itself, the enormous New York Stock Exchange (NYSE) represented about 27% of the total market for global equities. At the smaller end, the stock exchanges on the islands of Malta, Cyprus, and Bermuda comprised 0.01% of total market capitalization when added together. Other major stock exchanges include the New York-based Nasdaq; SIX, the Swiss Exchange; China’s Shanghai Stock Exchange; and the Japan Exchange Group.

Behind the Stock Market Index

State loan stocks had been negotiable in Venice and in Florence by or before 1328, according to Braudel. Shares in German mines were quoted as early as the fifteenth century at the Leipzig fairs. The author notes many examples of early market trading before the Amsterdam Stock Exchange was created. In contrast, stock market indexes developed much more recently.

The first stock-market indexes were constructed and published by financial newspapers as summaries of stock price fluctuations. The first such daily index was published in 1884 by Dow Jones & Company in a publication called Customer’s Afternoon letter, according to Pierre-Cyrille Hautcoeur, a professor at the Paris School of Economics. That index, the Dow Jones Transportation Average, is a price-weighted average of 20 transportation stocks traded in the United States. The more famous Dow Jones Industrial Average is a stock market index that tracks 30 large, publicly owned companies trading on NYSE and Nasdaq. In 1896, Charles Dow created the index with his business partner Edward Jones. According to Investopedia, “the DJIA was designed to serve as a proxy for the health of the broader US economy.”

“Stock market indices are vital to macroeconomists, financial economists, as well as actors in the financial world,” notes Hautcoeur in his paper The Early History of Stock Market Indices, with Special Reference to the French Case. “Consistent indices are essential to assess long term regularities that help in understanding the behaviour of financial actors, the evolution of the economy, and to make international comparisons.” Financial indices are also useful for traders and investors seeking a summary of accurate and available information on stock markets.“Stock market indexes make it easier to know how the market is performing without having to follow the ups and downs of every individual stock,” according to The Motley Fool investing website. “They also open up simple investment opportunities that even novice investors can use to participate in the long-term success of the stock market.”

The Motley Fool lists several reasons that stock market indexes might be useful to follow. They include:

Tracking the most-followed stock market indexes can give you a general sense of the health of the overall stock market.

Tracking lesser-known indexes can help you see how a particular segment of the market is performing compared to the market as a whole.

If you do not want to invest in individual stocks but rather simply want to match the performance of the overall market, then a cost-effective way to earn solid returns over time is by investing in index funds that track the stock market indexes in which you are most interested.

The Hacienda Index has been published monthly since 1998. It was designed to be a fun way to track the presence of Hacienda via publicly traded companies. The index is based on an arithmetic average of the stock prices of all publicly traded companies, listed on an exchange, that have an office at Hacienda. The beginning Hacienda Index value was 1000 as of January 1, 1998. The published stock price as of the last trading day of each month is used to compute the change in the index. The new index value is reported as of the first of each month and published on the Hacienda website.

“The most interesting thing for me has been seeing the difference between an index that is market-cap weighted like the S&P 500 versus something like the Hacienda Index, which is price weighted,” says Steward. “The Hacienda Index gives a general sense of the health of the public companies that are in Hacienda. This is a fun project but you can’t invest in it. To that end, we are not trying to make any recommendations about which companies to invest in. The index is not intended to provide the information that would be necessary for investing due diligence.”

Through the index, “I love seeing the variety of public companies that are in the park,” says Steward. History shows that a great variety of indexes has been created in order to measure the performance of stock markets, according to Hautcoeur. The Hacienda Index may be a unique example of such indexes.

For more information about the Hacienda Index, please visit www.hacienda.org/ho-pulse/ho-pl-2020-hacienda-index.