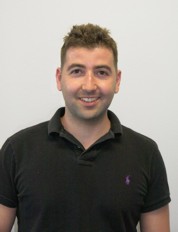 The ability to improvise is usually thought of as a trait unique to jazz musicians, certain comedians, or guitar players in jam bands. It tends to be pretty far down the list of abilities valued in business, mainly because improvisers by nature tend to be a bit undisciplined.

While Avi Benaroya, founder and CEO of SwimOutlet.com, is an improviser, he also shows the level-headedness that helps tether that ability to the reality of the moment. The combination of those abilities has proven thus far to be a great combination for an entrepreneur, as he has grown his business into the largest online swim shop in the world.

Benaroya, 31, was born in Israel and moved to the East Bay with his parents when he was seven. "My dad was doing quite well in Israel but he got bored of his job, wanted to try something new," he says. "His brother sponsored him to come here but most of our family is still in Israel."

He took swim lessons at an early age and eventually became a lifeguard, which provided him with a steady job through high school. Thoughts of a swimming-related career didn't enter into the picture when Benaroya enrolled at Cal Poly San Luis Obispo, though. He started school in 1994 and initially focused on finance, but he chose a different direction the next year.

"When the Internet came around, my purpose in life was to understand it," he says. "How do you make a web page? What's it all about? How do you do this?"

His quest for Internet knowledge also put his skill as an improviser to use. "I had to do a lot of learning on the side because it was still kind of new and there wasn't a curriculum for it. It just seemed so powerful to be able to put something online and everyone could see it and access it. It really intrigued me. Passion would be an understatement. I would literally go around campus, trying to find everyone who knew anything about the Internet and try to figure everything out. I saw its potential early on."

He graduated in 1998 with a bachelor's degree in business with an MIS concentration. He was ahead of the curve in the job market - "there weren't a lot of jobs where you just did web applications over the Internet," he recalls - but he managed to find a position that excited him at PeopleSoft.

"I got lucky because there was a project going on where they were developing new software, all Internet-based, for enterprise applications. It was like a secret, confidential project in PeopleSoft at the time and because of my interest, I got put on that project and it was pretty exciting to be a part of it. But it became a competitive threat to PeopleSoft and they ended up cutting the whole program because it didn't mesh with what they already had."

After seeing a year's work washed away, he left PeopleSoft shortly thereafter and went to work for a startup. Almost immediately he felt constrained in his new position and once again moved on.

No longer satisfied with letting others determine his fate, he began to consider an Internet domain name he had purchased when he was still in college, SwimLessons.com. "I had an idea to do a web site where you could find a swimming instructor in your area and instructors could advertise their services. And I noticed just by putting a web site up, I was getting traffic. It wasn't a lot, it was maybe 20 to 50 people a day, but without any advertising, people were coming to the site, and it got me really excited. I started developing applications and learning how to advertise it more and attract more people. That's where it all started."

His initial vision was to support the site through advertising, perhaps by charging instructors to register on the site or getting them to upgrade to premium listings. The site, built with the help of interns, grew to include locators for public pools, directories for swim schools, an aquatic job board, and even included an aggregator for swimming news that could be installed on users' sites. The expansion of the site beyond swim lessons gave rise to a new name and a new domain, ClubSwim.com, which the company is still growing.

At that point, Benaroya decided that the site should sell products like swim suits and goggles as well, and his skill as an improviser was put to good use. Their first effort in the retail arena involved integrating their site with that of an existing store, with the store's personnel doing order fulfillment and Club Swim earning a commission on each sale the site generated. That worked well until, as he puts it, "the company stopped paying us and wouldn't return our phone calls." He changed the business model again, this time taking on the customer service but contracting out the order fulfillment, but that posed new problems when Swim Outlet began growing at a much faster pace than their erstwhile partner, which began to sour the relationship.

"From there, we realized that we had to do it all ourselves - there was no business out there that was set up to fulfill our orders with the quality that we demanded, so we figured we had to do it. That's where we rented our first office, in October 2003, and when I say 'we' it was me and a few interns. Actually, we hired one person right before we got our office, to help with customer service."

It's a testimony to Benaroya's technical ability that the company was able to accomplish so much before hiring any employees, but the innovations have continued at an even faster pace since then. The opportunity to build a retail business from the ground up has allowed Swim Outlet to integrate technology into every aspect of the process. "Many online retailers will say the same thing, but I think we've really taken advantage of the technology to make it efficient. You don't really see it on the front end - it's more on the back end, like when an order comes in and the re-ordering of products. And there's still more improvements to make."

Managing the company's growth is his big challenge now, and he's also putting an emphasis on "making this a great place to work," an effort that currently includes catered lunches twice a week for all employees.

He has nothing but praise for his staff, which he credits with many of the ideas that have helped grow the company. "As the CEO, my primary job is to direct where the company is going but it's based on a lot of feedback from all the employees and the ideas that come about in meetings and seeing what works and analyzing reports. It's definitely a group effort and I couldn't be happier with the staff I've got. I've got some really bright people and there's really good harmony, they seem to mesh well together, and we kind of build off of each other rather than fight and disagree and go in different directions."

Good harmony? They mesh well together and build off each other? It just may be that the whole company has learned to improvise. Of course, when you're breaking new ground every day, that just may be the most important ability to have.