There are no Shortcuts from Nigeria to America - Or on the Road to Success, says Fabomi Ojuola 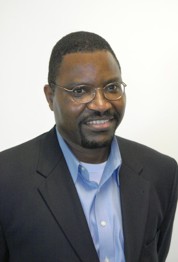 In retrospect, Fabomi Ojuola can hardly believe that he picked December, 2000 as the time to start CrestPoint Solutions, a company that provides network engineering and other services to the telecom industry.

"Everybody was bailing out and we were jumping in," he says now, amazed and amused at his timing. "But there was no way you could have known because that was just when the dot com thing was peaking. It took so many years to build up and then for it to drop so precipitously the way it did, nobody was ready for it. My idea was, we have an opportunity here - let's start a business. We did and it's been an important lesson. We are succeeding, we have a lot of opportunities in front of us, but I've learned to never take anything for granted."

Ojuola's willingness to jump into new situations has served him well, not just then but in other aspects of his life, too. Born and raised in Nigeria, he recognized early on that it would be necessary to leave his home country if he wanted to experience the success he desired.

"Growing up anywhere outside of the United States, this is the Disneyland of the world," he says. "I don't care who you are, everybody wants to come to America. You would look at the business sector, people coming back (to Nigeria) from America, from Europe, they tended to end up with the better jobs. It's kind of like here - if you go to an Ivy League school, you rate higher than the comparable graduate. Over there, if you've been exposed to the outside business world, they valued that fairly highly. That was something that was important to me, so that's how I made the decision."

He was accepted to a university in Nigeria but instead chose one in Italy, where he earned an engineering degree. He learned something else as well - "even the Italians wanted to come to America." So he made his plan for a move across the Atlantic.

"My decision was to come here to finish my masters degree, but when I got here the economic situation was different than the picture that (everyone talked about). America is like the land of milk and honey until you get here, and then you realize that it's not flowing on the street - you have to go dig for it."

He was forced to postpone his education - to which he eventually returned - while he got his feet on the ground here. "When you are new in the country and you don't understand the employment system or even the educational system, you tend to run around in circles for a long time." His first job was at an AM/PM in West Oakland, where he was quickly promoted to supervisor. From there, his next step was to work two jobs. "I started to understand a little bit of the system: you needed to have a car, you need to have your own apartment, you need to pay tuition. One $4.50 or $5.50 an hour job didn't cut it."

Finally he was hired to a customer service position at AT&T, which provided him with sales and customer service training that, he notes, "still serves me today." He eventually became dissatisfied with his opportunities for advancement in that division and moved on to East Bay MUD, only to find a similar situation there. "East Bay MUD is a very good company and I enjoyed working there. The only problem is that because they pay so well, somebody has to either die or retire for you to move up. So that's another thing that I discovered about myself: I'm extremely motivated and I always want to challenge myself to the next level."

His real breakthrough came at Pacific Bell, which hired him as an engineer as the dot com boom took flight. "It was the first time that I was able to use my engineering degree from Italy and my information systems degree from here, so the combination worked extremely well. I had a very good manager who was quite impressed with how I was doing my work, and he put me on the fast track and I got promoted fairly quickly. Unfortunately, within three or four years, SBC decided after the acquisition of the various Baby Bells to do away with the entire engineering group. That was when I first started to think about starting this business, because I knew the regulations (which required that work) were still there and somebody was going to have to do it."

He postponed that step when, as he was finishing up his MBA, he was recruited by a Midwestern company to start a West Coast operation for them. "When the bust started to happen and they started to cut down and reduce, I resigned - I wasn't laid off, I resigned - but I was very much still passionate about starting my own business, and that's what I did in 2000."

There have been some rocky times but business is currently booming. CrestPoint has doubled in size to 75 employees in the last four months and Ojuola expects that the company will employ 120 by the end of 2006-2007.

That kind of explosive growth might seem to indicate that Ojuola is a believer in expedient paths to success, but that's not the case. "I don't care what anybody says. There's no shortcut to making it. Yes, some people try to create shortcuts, but eventually it catches up with them. If you have it in you, you work hard, you work hard, you work hard - opportunities start to open up."

It would also be a mistake to assume that Ojuola is a businessman whose pursuit of the bottom line trumps any other considerations. In fact, nothing could be further from the truth.

"It's all about respecting people, respecting what we do for each other," he says. "I have some people that are working for me here, people who were my seniors when I was an engineer at SBC. We had such a good relationship that the fact that they were once my senior and now I'm their boss never even came into the equation."

Underlying it all is a sincere belief that serving the customer must always be the top priority. "That's why smart companies like us exist, because these other companies are so bureaucratic it's not about customer service anymore - it's about making the number. For us, we make the number by going above and beyond for the customer, by being flexible, being creative and innovative. Those are the things that our customers appreciate the most from us."

That respect is also extended to his employees, as he builds a company culture that reflects his unique values. "Many times I have to take garbage out or clean up so the managers can do the same thing if I'm not here, and this way the engineers can see that we are not above small, mundane work. It's not about ego. It's about let's get the work done - let's wow the customer. Because that's where the money is. The money is not in who has the biggest office, who has the best car; it's who wowed the customer.

"It sounds like a cliche to say that the customer is always right, but in our job it is. If you believe in it, you almost don't have to worry about where your business is coming from."

Or, for that matter, you don't have to worry that you started a business just as your industry was entering an historic downturn. There's always room in the market for a company that works hard and makes its customers happy.