Commercial Real Estate is All About Finding The Right Fit, Says Len Magnani 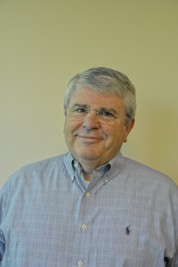 "I think that real estate brokers have a function in society, aside from wearing wing-tip shoes and driving a BMW, and that is that we help people get into the right space for their business to be successful," says Len Magnani, the managing principal of Hacienda's Lee & Associates office. "That makes a difference. In industrial real estate, function is a huge part of it, so if you're in a building that works functionally for you, you're going to be more efficient, more profitable, and happier. Same thing in an office - if you're in the right location, the space works out for you great, it really does have an effect on your business and thus on the whole national economy. So we have a role in the world."

Magnani, a Bay Area native, studied business management at San Jose State before taking a job at Ryerson Steel, a small steel distribution company that was based in Emeryville. "We sold smaller amounts of steel versus big runs, and we sold a lot of steel to companies that were just maintaining their building or maintaining their equipment. They weren't really in the steel business or anything related to it, but they had to buy some steel for part of it."

He discovered quickly that "every bit of profit had been squeezed out of that business," and, on the recommendation of an old college roommate who was working in the field, moved to real estate in 1973, working for Grubb & Ellis in downtown Oakland. He had taken a number of real estate courses at San Jose State, so his transition to the field was relatively easy. He also used his experience with Ryerson, in which he worked extensively with industrial companies, to jump start his new career in industrial real estate.

"I loved right away the entrepreneurial part of it and I loved the opportunity. My grandfathers always had their own business, so I grew up with the idea that I should have my own business, and I had that freedom in commercial real estate, to make it or not on my own."

In the late 70s, joined a small firm in Dublin. "I saw that this market was a growth market and I liked the idea of being in the path of growth. (Hacienda) was a marsh when I came out here."

He had other reasons for seeking a new environment. "I had seen during my career at Grubb that sometimes the market is good for one industry and not for the others; there were times when industrial was good and office was bad, and it was difficult to overcome the power of the economy. I wanted to broaden my experience in real estate and when I came out here in the late 70s, it was an opportunity for me to learn about different parts of the business: land sales and retail and investments and that kind of thing, which helps me now from a manager's point of view because I have a broader experience and I can help in each area."

He merged his Dublin company with TRI in the late 80s but his career took a new turn after reading about Lee & Associates in a trade publication. "We're unique in a way because each office is owned independently. We're organized differently from most brokerage companies, more like a law firm. After you hit a certain volume as an associate here, you become a shareholder. We make decisions together and operate more like that. We're trying to create an atmosphere for an individual to become a real entrepreneur, to have his own business like an accountant or lawyer does. Our model has been very successful, and that's why we've grown 31 percent as a company in the last four years. We're real proud of that. We have 32 offices nationwide now but each office is owned independently."

Magnani started the Pleasanton office in 1993 and has enjoyed taking on the role of mentor to the company's younger associates. "We do four things: we lease and sell office buildings, we lease and sell industrial buildings and land, we do the same in retail, and we also sell investments. My role is to help people become successful. In our company, I have no salary - I just get paid an override on the success of our salespeople. I'm only successful if they're successful, so I try to use whatever skill and knowledge I have to help them be successful - that's how that works. Because of my background, it gives me a little more insight into each of the fields. People have ups and downs and managing people is more complex than managing yourself, but I really enjoy helping the young guys build their careers."

His position gives him a unique perspective on the area real estate market. "The main thing that drives our business is employment, so it's good to see Bay Area employment coming back. I think we are finally coming back from 2001 and my view is that we'll outpace the national economy because we're in a recovery stage in the Bay Area. When the job numbers pick up, people will need space to put those people in, and that's good for building owners and brokers."

His long term view for the area is also positive. "Silicon Valley has been tough for a few years, but we have all the ingredients for success in those fields. Now we're seeing Web 2.0 and those kind of companies are growing, but we have the educational institutions, we have the financial institutions with Sand Hill Road and all those people down there, and we have the entrepreneurial spirit here in the Bay Area that drives our market. So the Bay Area I think in the long run has an extremely bright future. We really have all the ingredients here and I think that's a tremendous economic driver for this market and will be for a long time."

The other thing that excites Magnani is his firm's new offices at 5890 Stoneridge Drive. "There is an office condominium in Hacienda which we sold to the investor and are in the process of marketing, and we're so enthusiastic about it that we bought one ourselves. Here we are in Hacienda, two blocks away from the BART station, right at the intersection of 580 and 680, and I'm able to buy a 4,000 square foot space. That's really unique for the park - most of the park is for bigger users. For a company that knows how big they're going to be for some time, it's worth considering. That's why I did it."

The new offices were the appropriate solution for his company's needs. Or, to put it another way, they were the right wing tips to fit Magnani as well as Lee & Associates.