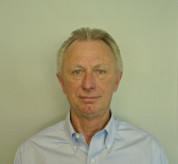 Silicon Valley is full of stories of high finance. It's likely that more fortunes have been won and lost there in the last 40 or so years than anywhere else on Earth. Nelson Hunter, whose business headquarters is here in Hacienda, was an eyewitness to much of it, from meetings with the man who invented the term "venture capital," Arthur Rock, to lunch dates with Gordon Moore, the co-founder of Intel. With that background, it's not surprising that Hunter is successful, but it is surprising, given this vantage point, that his own fortune has been made in the commercial travel business.

Hunter, who grew up in San Mateo, earned a business degree from the University of San Francisco in 1968 and went to work for Bank of America in Palo Alto. He continued his studies as well, receiving his MBA from Golden Gate University in 1972.

"I wanted to use the business degree to do something on my own, not to go to work for Bank of America forever, although I did spend a few years there to pay the rent and figure out what I wanted to do," he says. His attitude was influenced by the music and social scene of the day, as the countless framed posters around his offices from concert halls like the Fillmore and Winterland indicate.

His career began in commercial lending and it was a heady time to be involved in that field. "As it turned out, that whole high tech industry was just developing," he says. "Gordon Moore and Bob Noyce were leaving Fairchild, which was the established company, and starting Intel. It was right at that time and then many, many more followed them, and everything was brand new, constantly - brand new companies starting from nothing. It was really pretty exciting to see that all unfolding."

In fact, he had a memorable encounter with Moore in 1971, when Intel was just three years old. "All the big wheels from B of A from San Francisco came down for lunch with Moore and they wanted to know, 'What are these things, these semiconductor gadgets that you're making?' He said, 'Well, obviously they go into computers,' and they said, 'OK, so what else? What's the future here?' 'Oh, it's huge. You'll have these circuits in all your appliances and your house, and of course your car will have tons of computers in it, running everything.' And they were nodding and at the end of the lunch, walking out to the car, when they got out of earshot, they were all guffawing - 'Who is he kidding? What a goofy guy. This is crazy.' And of course they didn't make the loan and he didn't do business with them."

Experiences like that taught Hunter to keep an eye on new and developing technologies, but his time in commercial lending offered a number of other lessons as well. One memorable lesson was delivered by none other than Arthur Rock, the legendary investment banker and venture capitalist who played a key role in launching industry giants such as Fairchild Semiconductor, Intel, and Apple.

Hunter recalls a meeting where Rock was talking to the highly-educated founder of a high tech startup. "He was asking him these questions that seemed sort of insulting to me: 'What did you ship this month?' and 'What are your receivables?' and so forth. So after the meeting I asked him, I was just curious, 'What do you do with that information?' And he said, 'Oh, I don't do anything with it. I'm teaching them cash flow.'

"He wanted to know when they were shipping the product, and he knew that if they were shipping most of it at the end of the month, it was to get bills out and to get paid, but they would be hurrying because they were disorganized. 'I know that half of this is going to come back into accounts receivable and not be paid.' Eventually, the whole system gets backed up with junk out there that has to come back and be redone, more junk is in the process of being made, and suddenly the business is out of money. Cash flow was his window into the whole dynamic. I realized later how important that was, and how elementary. It's a concept that you have to almost run out of money to appreciate, you almost have to put your hand in the fire to understand how important it is and not just gloss over it - 'Oh, yeah, I read that book.'"

In fact, the true significance of that idea did not sink in until later, which could also be said of something he had been told at B of A. "The big thing at the bank was not lending money to anyone who didn't have experience in that business already," he says. He was about to take a step on his career path that would shed new light on these old lessons.

Hunter left B of A in 1982 and began working for a former customer in a new venture, headquartered in San Francisco. After about two years, that company relocated to Washington, DC, with Hunter running the financial operations from the Bay Area. A couple of months after the move, the head of the company called and asked him to sell a travel business that he owned. Hunter called the agency to get the relevant information and, based partly upon the manager's recommendation, decided to buy it himself.

"I thought, yeah, that would be nice if I could have this other business on the side. I rationalized the whole thing, but I knew nothing about the travel business. But what was there to know? And that was a fatal mistake.

"After about 90 days, I realized that I had to spend full time at that to make it work, and I couldn't afford to get out of it. I was trapped. That was 1983, and it was a good two years to just get it kind of stable, and then several years more to where it was making some money and moving it forward from there. It's an old story - it could have been prevented."

Fortunately, Hunter had a Rolodex full of contacts he had made over his years in finance, and many of those companies became travel clients. Despite the rocky start, the company grew and now is among the top business travel agencies in the Bay Area.

Hunter has been responsible for his own innovations as well, thanks to the high tech orientation he learned earlier in his career. "The availability of good travel agents was really tight in the early '90s. These people were working in Silicon Valley and they were commuting, so they weren't getting paid for sometimes as much as four hours of travel time per day. I'm not sure anybody else was really doing it, but we had the computer technology so we were able to hire very good agents if we allowed them to work from home. Now, there are 35 agents employed by the company overall and three-quarters of them are at home. Some of them are in remote locations like Boston, Florida, and Phoenix. It really doesn't matter where they are."

Despite his abrupt entrance to the travel industry, Hunter says it's been a good fit. "I enjoy dealing with companies, new companies, and getting to learn a little bit about them. I enjoyed that in banking, keeping up with what people were doing, and I'm still able to do that. Instead of giving them money, we're giving them plane tickets and hotel rooms."