Ed Westmoreland has the Perfect Pedigree for his New Restaurant, Eddie Papa's 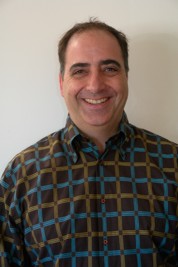 Ed Westmoreland has the perfect pedigree for his role as a restaurant proprietor. The names of some of the Bay Area's most prominent eateries course through his business bloodline, while his genes-and his memory bank-are imprinted with the distinctive stamp of old-world hospitality.

"I started in the restaurant business washing dishes when I was 16,"going to high school in Orinda, he explains, but the "food thing"

goes back quite a bit further, to his Armenian ancestry. In 1971 his maternal grandfather immigrated to San Francisco, bringing with him a rich heritage from a country that had long been a gateway between Eastern Europe and Asia. As an impressionable five-year-old, Westmoreland was drawn to the intriguing cuisine grandfather Eddie Papa, as the youngster called him, served up from his kitchen. "He just loved the abundance of markets-produce, butchers, bakeries. Whenever I went to his house, we would have these amazing, made-from-scratch meals with great ingredients," he recalls.

Steeped in tradition, Thanksgivings and Christmas mornings at Eddie Papa's figure prominently in his fondest childhood memories. But the hospitality wasn't limited to holidays. Visiting his grandfather as a student at Berkeley and later, as he launched his career, Westmoreland always enjoyed an effusive reception. "He's the kind of person who says, 'What do you mean, you're not hungry?' As I got older, there was always a glass of wine and good story to tell. It was very warm and embracing." Even now, at age 87, Eddie Papa is still involved in the preparations for family gatherings, his grandson affectionately reveals.

At Berkeley, Westmoreland majored in sociology, focusing on the way people interact in different groups. He was fascinated by mind manipulation-cults, gangs, sects, and how these entities originated. But studying how fringe and even mainstream groups come together didn't promise much of a livelihood. Having broadened his experience in the hospitality industry by bartending in college, on graduation he took a job with Hyatt Hotels and moved to Los Angeles.

It didn't take long before he realized that the hotel business was "not quite what I wanted." Moving back to the Bay Area, he began working for Restaurants Unlimited, owners of Skates, in Berkeley, and Kincaid's, in Jack London Square, among other stellar brands. He presided over the opening of Palomino in San Francisco and quickly advanced to the post of general manager in Palm Desert. But after spending seven-plus years with the company he was ready to come back home. A chance encounter with Dean Biersh in Palm Desert one day led to an invitation to run Gordon Biersh's portfolio of restaurants, which at the time consisted of two in southern California and three up North. Westmoreland jumped at the chance.

He took his next step up a few years later, when he accepted the opportunity for an equity position proffered by a former RUI mentor, who had just inked a deal to open P.F. Chang's China Bistro in Walnut Creek. Westmoreland joined the company in 1998, opened the restaurant in 1999, and by 2004 had been promoted to market partner, overseeing eight locations.

Then he started to feel the itch. In the restaurant business, the urge to open your own place is always lurking in the background, he confides. As the corporate culture barreled through a growth spurt that took it from 16 to 180 properties, Westmoreland felt increasingly constrained in his role implementing policy that someone else had formulated. "It just wasn't for me," he says. "I'm far more creative and entrepreneurial, and I felt that it was time to put something together on my own. So I left in September 2007, giving myself a year to flesh out the concept and open the doors."

It actually took less than six months. Partnering with Neil Marquis, formerly chef at the Pleasanton Hotel, Westmoreland quickly ferreted out what appeared to be an underserved niche, "straight-up, mainstream American food."

Taking a cue from the venues with full parking lots, they decided that the ambiance should be casual-but not indifferent. Westmoreland aspired to deliver the same kind of warm welcome and pleasures of the table he experienced at Eddie Papa's, who became the restaurant's namesake. "Service can be a lost art these days," he muses. "My grandfather was the perfect image of old-world hospitality, and I decided to use him as a model when training the staff. We want people to come here and feel comfortable hanging out."

They took over the building on January 30 and readied the restaurant in four weeks, opening for business on February 25. "We didn't have deep pockets, but we had a good game plan," Westmoreland observes. Novelties like descriptions of the origin of each dish on the menu and a dab of cotton candy with the check add a fresh touch. The restaurant just got a "best-of" from Diablo magazine for its Prohibition-era bar. "We're still learning, but things are coming together," he says.

According to Westmoreland, "The restaurant business is really hard, but you need just three things. First, you have to love the business and understand that it demands a lot of hours. Second, no matter how good and wonderful your ideas are, if you're not listening to your guests, you won't succeed. Finally, you need a spouse who supports you. It is definitely taxing on the family, especially the opening environment."

"Taxing" puts it mildly. For Westmoreland, 12-hour days are routine, and since the opening he hasn't taken a single day off. It will be a few years before the pace abates, but he views it as an investment, not a sacrifice. Eventually he'll be able to off-load some of his responsibilities to managers, and as the concept proves itself, a new brand will have been born.

In the meantime, as a 10-year resident of Pleasanton, he's enjoying the opportunity to spend more time in the community and lend support to local causes. The restaurant already sponsors a little league team and has hosted fund-raising car washes. He also appreciates his five-minute commute and a daily schedule that no longer includes frequent plane trips and hours in rental cars.

Westmoreland has not had much time for hobbies lately; baseball games and trips to the wine country have been sharply curtailed. Food and restaurants are high on his list of personal interests, and when he has time to indulge his wanderlust, "my favorite place is anywhere I've never been before." He's really looking forward to some downtime in August, in Cancun with his family - wife Anette, their one-year-old daughter Mia, and son Jasen, about to be a junior at Amador Valley High School. True to form, Westmoreland will make it more than just a beach vacation. He has plans to venture inland to observe ruins and jungle wild life, "that part of the world that you normally don't get to see."

When he returns from his excursions, the pleasures of the resort town will get his attention. Even so, he won't be completely off-duty. "There are some really great restaurants down there, and I plan to check them all out," he declares-exactly the kind of remark you'd expect from someone with his DNA.