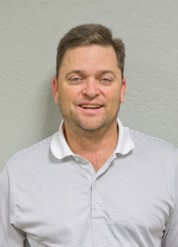 One of Dan Riordan's most memorable realizations during 25-plus years in the technology business is the importance of finding the right fit. He employs a low-tech analogy to illustrate his point - the late-blooming success of Giants' second baseman Marco Scutaro. After churning through several teams over more than a decade, on being traded to San Francisco this summer Scutaro wound up with an MVP title and a World Series ring.

"Why?" Riordan asks rhetorically, quickly proffering an answer. "I've seen it happen over and over in business. An employee is mediocre in one organization, but then he moves to a new company and becomes a rock star. It's fascinating - when people are miscast, they don't succeed, but when they get to the sweet spot of what they're good at, they can do amazing things."

This is a lesson Riordan puts into practice every day as President and COO of Hacienda-based ThinkHR, whose primary offering is ThinkHR Live, an innovative on-demand resource of live HR experts with access to a proprietary HR Answerbase and hundreds of data feeds. "As a manager, I am constantly looking at our people, confirming that they are in the most productive spot, and, if they're struggling, we ask how to get them in the right place to succeed."

Riordan might have special insight into the question of fit given his own background. While he heads up a company acknowledged for its human resources expertise, he came to the position with little knowledge of the field.

"I am not an HR person. I came out of the tech world," he remarks. Having been part of multiple start-ups, he was attracted by the technical challenge of scaling ThinkHR to a massive market. The company had just pivoted to a new business model as an information aggregator, a move that opened up vast potential.

"There are 23 million-plus companies in the U.S. and a total of 1.7 million HR professionals," he observes. "That means that one out of every 30 companies has an HR person. But 30 out of 30 companies have HR issues. Where do they turn when they need answers? We are the go-to source, offering our live knowledge on a low-cost monthly subscription basis."

The growth opportunities presented by the aggregator model were compelling, and Riordan is thriving in his leadership role. Since he started with the company two years ago, headcount has grown by 50-plus percent, and revenue has doubled in both the last two years. "We are ready to move to the next level, looking to really scale the company now that the model has been fine-tuned. Our value proposition of ThinkHR Live 'Smart Search' turns complex technology and information into complete solutions, helping large and small employers alike save time and money."

Joining ThinkHR was not the first time Riordan made a significant pivot in his professional life. Back in college he chose to major in engineering almost by default, giving little thought to a career in business.

"My father was an engineer, and I was always good in math and science, so it was kind of a natural place for me." At Cal Poly he devoted himself to learning the requisite engineering technologies. That focus changed, however, when he took his first job as an electrical engineer after graduation. One of his duties was to field inquiries from sales and marketing people interested in incorporating his employer's technology in new products. Those calls really piqued his interest.

"I saw there was a whole new dimension to what I was doing, and I quickly found the business side was more intriguing than the design side."

Riordan subsequently made the shift into sales and marketing in the technology field, taking on a succession of more responsible positions - vice president of worldwide sales, general manager of a large corporate division, vice president of Asia/Pacific.

Together these roles gave him both local and international exposure to all phases of business growth. He enjoyed the way the rapid pace of innovation and the opportunity it created kept him on his toes. "I like start-ups. They fit my style," Riordan comments.

Riordan brings several of the lessons gleaned throughout his multiple business experiences to his current role. Many are incorporated into a ThinkHR document that spells out principles by which to grow the company.

"There are three leadership lessons I really focus on and communicate to everyone," he relates.

The first is to measure everything. "Metrics tell the story," Riordan emphasizes. "Our board member and key advisor, Steve King, often states, 'Everyone can have an opinion, but the real data is often very different from the perception.'"

The second lesson concerns the challenge of changing a corporate culture. Just recently he came across an observation from Carol Bartz, the former CEO of Yahoo! and Autodesk, that change is a marathon, not a sprint. "That is amazingly good," Riordan comments. "Changing a culture, getting people on board and going in the same direction, that all takes longer than you think it would."

The third is "to focus on the one thing you're really 'about.' Don't let distractions get in your way," he advises. In the start-up stage, new opportunities outside the company's core vision arise every day. "I always remind my team that it is critical to stay true to our focus."

In his off hours, one of the things that helps Riordan achieve a clarity of focus is running, an activity that is part of his routine three or four times a week. "I don't listen to music or have any other distractions. I just get out there and think. I really love that time."

When he needs inspiration or advice, he has a group of friends to reach out to; he is also a voracious reader. "It's a great way to keep learning."

What's on his bookshelf these days is "Physics for Future Presidents," the 2009 best-seller by U.C. Berkeley professor Richard Muller. Riordan first read it last year and then picked it up again in conjunction with the recent election. "This book is amazingly insightful. It gives you the factual scientific context of so many issues that are bandied around in press today" - not a surprising concern for someone with a "measure-everything" approach.

Even as a teenager, Riordan understood the importance of the right fit. In high school his part-time job was as a janitor working for a church. It might have been an unusual choice, but it was an excellent match with his schedule.

"I was playing a lot of baseball then, so I was really busy. I could do the janitor job any time. They would post what needed to get done, and when I was free, I could go over to the church and knock out the list. The schedule was very flexible, and it worked out great."

While these days racquetball has replaced baseball as a competitive outlet, some of Riordan's other youthful pastimes have become lifelong avocations. Excursions on the family power boat growing up sparked a passion for ocean fishing, and today Puerta Vallarta is a frequent vacation destination for his own family, which includes three children, 17- and 13-year-old daughters, and a 15-year-old son. As his son approaches driving age, Riordan is considering taking up an old hobby he shared with his own father, rebuilding vintage Mustangs.

While retirement is still on the horizon, he and his wife, whom he met at Cal Poly, know that eventually they want to wind up on a warm beach at least part-time - leaving space to fit in the other parts of their lives.