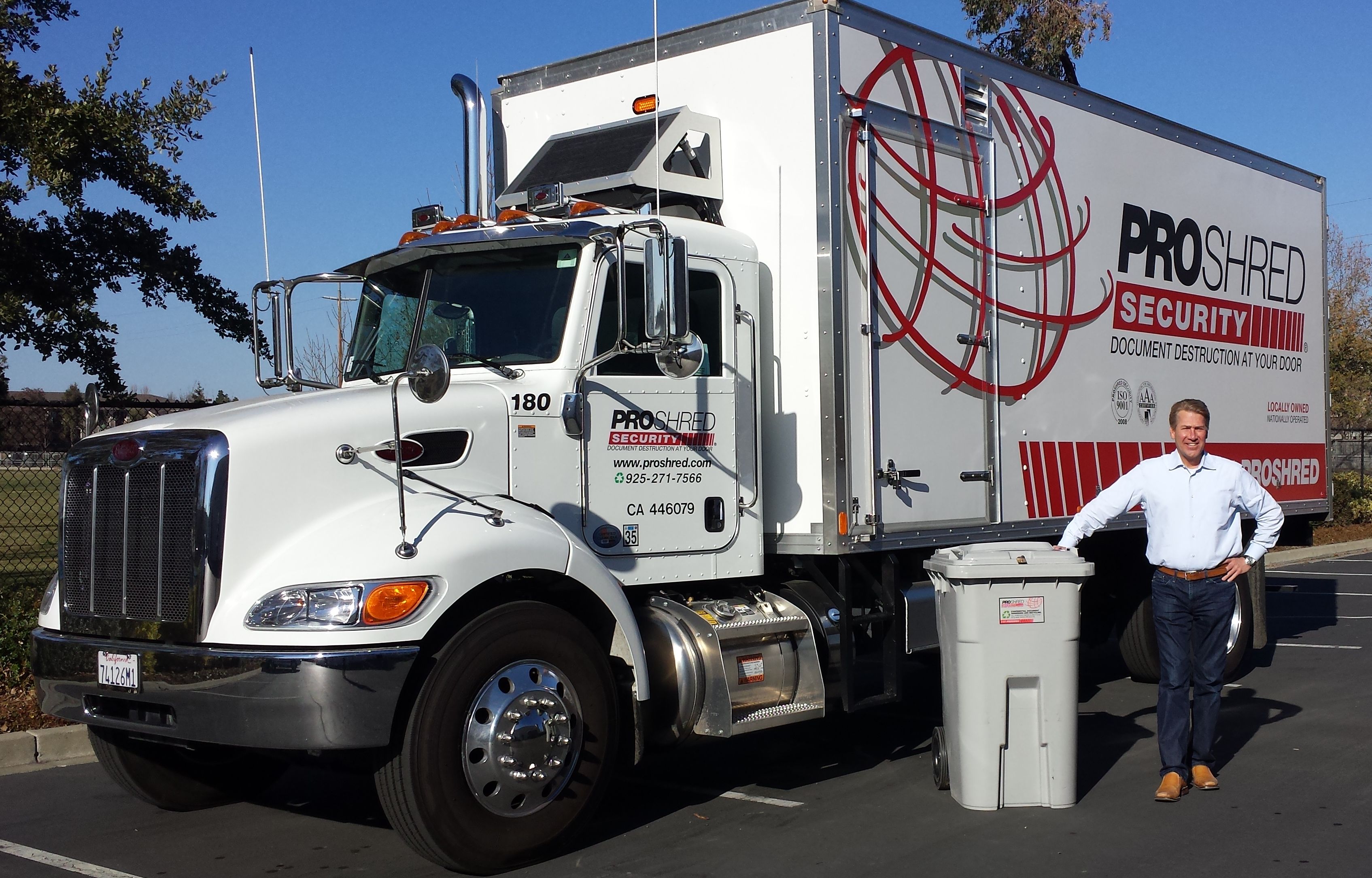 ProShred opened its doors in early October and had already garnered customers from all over the Bay Area. In fact, the SFBA in the company's name stands for San Francisco Bay Area.

"In this day and age, identity theft is such a concern," Thompson explained. "That's driving the annual growth rate of the need for this service through the roof. People are realizing that keeping sensitive information lying around is not safe. We get calls every day from people who want to get rid of documents as soon as possible."

Shredding important documents is critical for businesses that must protect customers, but it is also important for the average person who does not want their information falling into the hands of an identity thief.

"The high sensitivity of information is certainly one of the driving forces for people to make this decision," Thompson said of his clients. "We handle the shredding of documents, hard disk drives and media - anything that contains information and data."

Customers like the fact that ProShred shreds documents on the customer's property, Thompson said. The company currently has one shredding truck with another on the way.

"Having it done on site with the equipment on the truck is a big plus because people can actually see that it's being done," he said. "People are demanding that they be involved."

Thompson previously worked 25 years in the semiconductor business, living abroad in four different countries for seven of the last 15 years. He ultimately gave it all up to settle with his family in Pleasanton and open his own business.

Thompson's customers range from big corporations with standing contacts to individuals who need to shred just a couple of boxes of documents.

"People call me and say, 'Hey, I have 800 boxes worth of stuff. What will it cost me to shred it?' " he said. "I give them a quote and send my driver over there. Or we'll put bins in their offices. They're locked, and they put their documents in there. Once a month, my driver goes by and unloads the material."

"There are three main companies that buy my shredded paper," he said. "They bale it and ship it to China. It comes back on ships as toilet paper and paper towels. It's pretty cool."

ProShred has two crucial rankings - ISO 9001 and a triple-A rating from the National Administration of Information Destruction, Thompson noted.

"This demonstrates that we understand all of their compliance and regulatory standards," he said. "All of these certifications that our customers have to achieve, we supersede that by being certified in our own right."

Shredding events are popular with business owners, particular real estate agents, Thompson noted. They will book his truck for a few hours and invite customers to shred documents at no charge.

Thompson plans to offer shredding events to local charities and nonprofits as a way to give back to the community and help spread the word about ProShred.